See what's coming up in the Events section 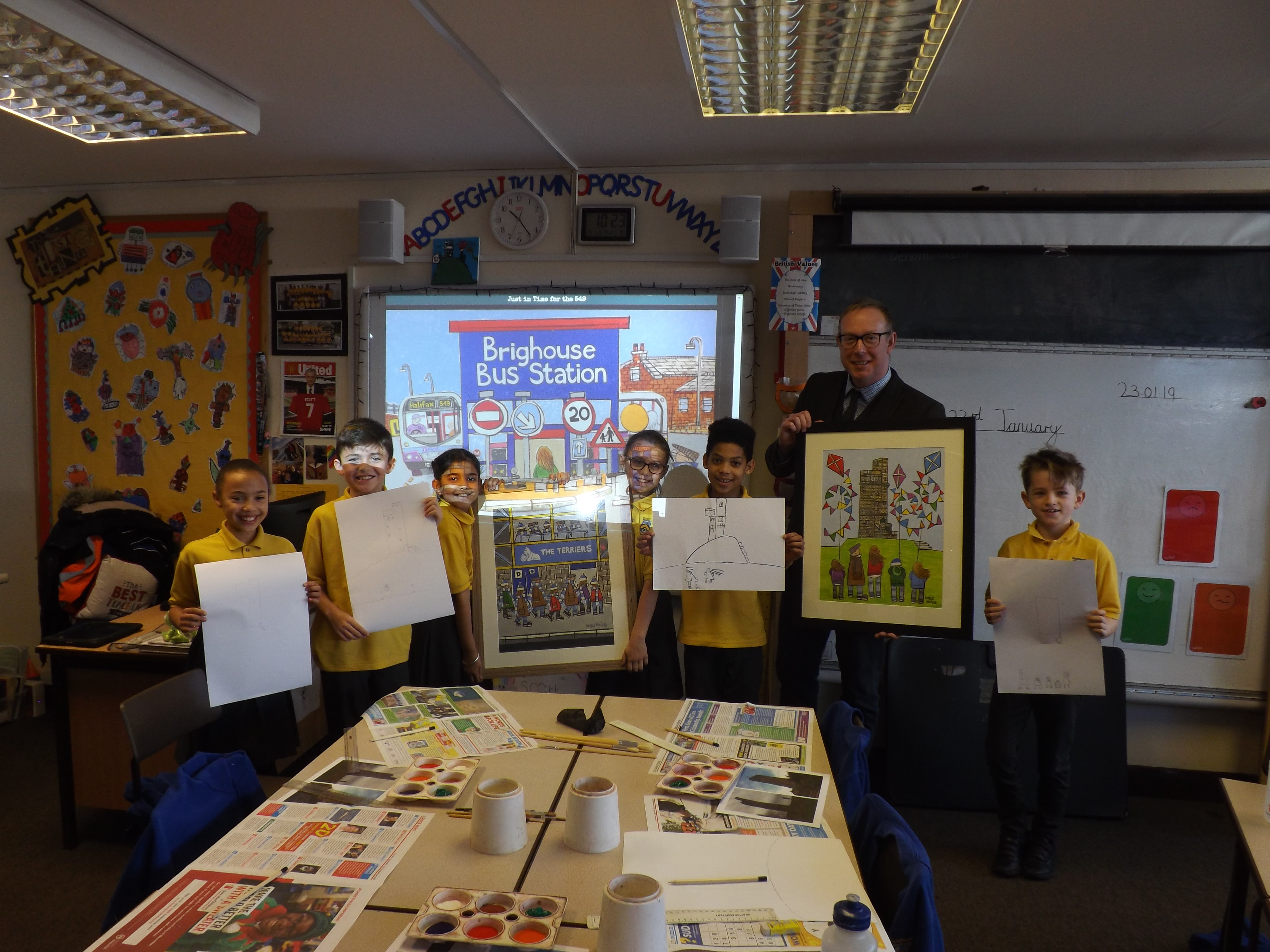 Roger Davis, a local artist, visited the school to work with the pupils on developing their artistic skills. Roger Davies is the current Artist of the Half Term and pupils are enjoying learning about him and his artwork. He introduced and displayed some of his art in a whole school assembly and gave the children information about his work, local paintings and talked about his background as an artist and a singer songwriter.

Roger spoke about his work as a musician and  enjoyed listening to the Woodhouse choir perform and joined in with them. The pupils were amazed by both Roger's artwork and singing and were very excited when they saw his Huddersfield Town paintings.

Pupils in Year 5 had been on a recent educational visit to Castle Hill and had taken their own photographs which linked to their 'Myths and Legends' topic. Roger worked alongside the pupils developing their skills and confidence using a variety of materials.

Pupils at the school are in the process of entering the 'Friends of Rastrick Library’ poetry competition where they have written poems based on Roger's artwork and his ideas of the local area.